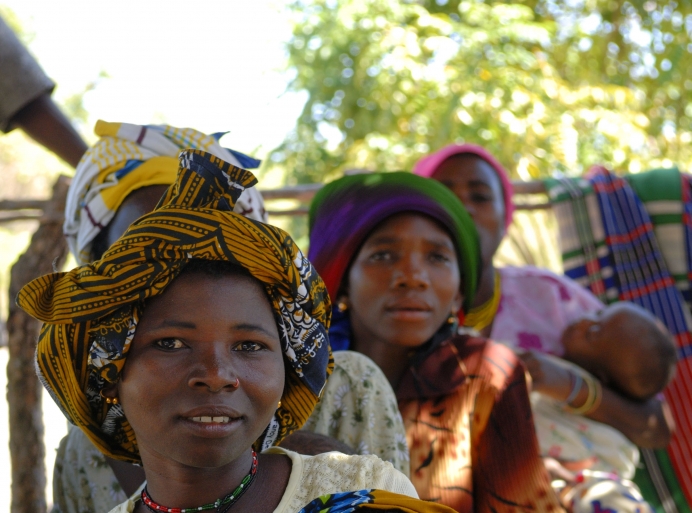 Substantial progress has been made over the last several decades on a number of public health issues resulting in significant decreases in child and maternal morbidity and mortality, fewer new HIV infections and tuberculosis cases, and improvements in access to safe drinking water. Most of the Millennium Development Goals (MDGs) are directly or indirectly related to health, and great progress has been made in some countries towards attaining several of these goals since they were first articulated more than a decade ago. For example, the number of deaths among children under age five decreased from 12 million in 1990 to 6.9 million in 2011. The incidence of HIV infections has decreased by 24% from 2001 to 2011, and the number of maternal deaths from pregnancy related complications has decreased from over half a million in 1990 to 287,000 in 2010. In addition, global immunization rates for some diseases have increased substantially; for example, 85% of children under the age of two were immunized for measles by 2010 (WHO 2012a). However, these advances have not been made equally among countries and many of the lowest income countries, particularly in south Asia and sub-Saharan Africa, have made very little or no progress in meeting the MDGs (Carrasco et al. 2013).

Malnutrition, communicable and non-communicable diseases, and mental illness remain major global health challenges in many low-income countries, with high rates of associated mortality and morbidity. In order to address these challenges, high-income countries more than tripled their development assistance for health (DAH) from US $8 billion in 1995 to about US $27 billion in 2011; likewise, many governments of low-income countries (with the exception of many in sub-Saharan Africa) have substantially increased public funding for health (Lu et al. 2010, Leach-Kemon et al. 2012). Despite these ongoing and substantial investments, important underlying causes of poor health, including poverty, health inequalities, and weak national healthcare systems, remain significant barriers to meeting global health challenges (Lu et al. 2010). A recent analysis found that an additional US $36 to $45 billion is required annually to meet the health MDGs by 2015 (Carrasco et al. 2013).

Poverty is an underlying cause of poor health globally; more than one billion people worldwide live in extreme poverty, earning about one dollar each day (UNEP 2012a, The World Bank 2012). In general, the poor have fewer financial resources to spend on healthcare and often delay or don’t obtain treatment when needed. In addition, poorer populations often lack access to clean water and healthy, diverse diets; they are also more likely to live in crowded conditions that increase the likelihood of disease transmission. As a result, they are particularly vulnerable to malnutrition, communicable and non-communicable diseases, and mental illness. Furthermore, poor health often leads to decreases in productivity that, in turn, result in worsening poverty (Marmot 2005). Poorer communities are also more vulnerable and less resilient to the health impacts of natural disasters and climate change, which are expected to worsen in the coming decades (McSweeney and Coomes 2011).

When looking at life expectancy as an indicator of population health, it is clear that health inequalities exist between and within countries due to wealth and socioeconomic status (Robine and Ritchey 1991). For example, the WHO reports that average life expectancy in high-income countries is more than 20 years higher than in low-income countries (WHO 2013a). In the United States, life expectancy among the wealthiest populations is, on average, five years higher than among the poorest populations (Denney et al. 2012). While significant improvements have been made on many public health issues, health disparities and inequalities are growing between and within countries. One major challenge to reducing health disparities is that many governments in low-income countries don’t focus on the needs of the poor and the specific challenges that they face (Marmot 2005, Peters et al. 2008).

Health systems in many low-income countries are also not fully capable of meeting global health challenges. National health systems are often underfunded and unable to provide the infrastructure needed to meet even basic healthcare needs despite the fact that, on average, many low-income countries almost doubled their public funding for health from 1995 to 2006 (Lu et al. 2010). Furthermore, shortages in trained healthcare providers such as skilled birth attendants make it difficult to adequately staff existing healthcare facilities and extend care to underserved areas (Pfeiffer et al. 2008). While most low-income countries in South America and Asia have substantially increased their public funding for health, a recent analysis found that this was not the trend in many sub-Saharan African countries. Researchers found that in many countries in this region, development assistance for health often resulted in substantial decreases in national government funding for health (Lu et al. 2010). This trend will make it even more difficult for these countries to attain the health MDGs by the target date of 2015.

Another important public health issue is the decline in the discovery of new medications to treat common communicable and non-communicable diseases. Despite significant advances in scientific technology and substantial investments in drug discovery over the last several decades, the rate of new drug approval for every dollar invested in research and development has been decreasing steadily (Scannell et al. 2012). Natural sources of new medications are in decline due to global biodiversity loss, threatening the drug pipeline (Li and Vederas 2009). At the same time, pathogens that cause common diseases such as TB, pneumonia, and skin infections are increasingly developing resistance to currently available antibiotics, posing a substantial threat to the health of millions of people (Spellberg et al. 2008, Scannell et al. 2012).